"We pray for these graduates," said Cardinal Tobin. "May they find meaningful employment in a place where their gifts will contribute to a better world." While giving thanks he noted, "As we express our gratitude, we must never forget that the highest appreciation is not to utter words but to live them." Interim President Mary J. Meehan Ph.D., encouraged the graduates to: "Be fearless in your pursuit of a better world" but "humble enough to listen to what others say." She also reminded them to "never forget the shared history that binds you forever to the Seton Hall community." Vice President of Student Services Tracy Gottlieb worked with Ley at WSOU when they were both students. "No one could have imagined that Bob and I would be standing together in doctoral robes 43 years later," she said. "He's had a stellar career and has always remembered his alma mater." Ley has taught a number of master classes at Seton Hall and recently appeared as part of the Seton Hall Sports Business and Media Ethics Symposium. In a more recent interview, "Bob Ley hopes to offer 'useful advice' in Seton Hall commencement speech," Ley was said to have "served as the de facto conscience of sports for many years."

Here are excerpts from a portion of his address:

What message, what sage advice can I offer today? Well, it is best done succinctly in this digital age where countless stimuli and information platforms render what else but 140 characters the most common form of communication.

Lately in the public space, it has been lacking something essential. Almost as necessary as oxygen, a commodity as rare as a traffic-free drive into the city. What's been missing? Nuance.

Let me suggest two vital tools that are easy to pack on our respective journeys. The first I would offer is critical thinking.

The ability to construct an argument or to deconstruct the other guy's argument, to articulate it, to reason your way through a problem, to identify the source of data or information, and then to question it.

The reflexive ability to do that before bunkering down in a trench of opinion, that's sadly lacking in the public square.

But into that reality comes your great opportunity, your chance, armed with your sense of reason and logic to help those in your daily orbit to challenge themselves to what might seem simple but what is far too rare: that is to open themselves to a new source or a philosophy or even just a simple conversation with which they might not agree.

Which brings us to the second tool that I suggest you pack for your trip and that is grace.

Each one of you can make a difference, a tangible it-really-adds-up kind of daily difference in conversation, on social media, on matters large and small. Reach for that moment, that small bit of grace, some kindness, thoughtfulness, understanding, and apply it. Do not let the opinion mob go for the jugular. Reflect on the second chances each one of us has enjoyed in life and act accordingly.

If you can inject some nuance, apply your critical thinking, and reach for a touch of grace, that is a full twenty-four hours. The big stuff I have no doubt at all you’re going to master that. The valedictorian address was delivered by James Martin Gebhart of Newark, Delaware. Gebhart is a seminarian for the Roman Catholic Diocese of Wilmington and is graduating with a Bachelor of Arts degree in Catholic Theology with a concentration in philosophy from the Immaculate Conception Seminary School of Theology. Gebhart was inducted into Theta Alpha Kappa, the National Honor Society for Religious Studies and Theology, and Eta Sigma Phi, the National Honor Society for Classical Studies. He is a past Theology Senator for Seton Hall's Student Government Association and was the House President of St. Andrew's College Seminary. After graduation, Gebhart will be pursuing graduate studies in Theology at St. Mary's Seminary and University in Baltimore, Maryland.

In his speech Gebhart noted that:

"Over a century and a half ago Bishop James Roosevelt Bayley envisioned the newly-founded Seton Hall College as a home for the mind, the heart and the spirit. A plan to nurture the intellectual, emotional and spiritual needs of all her members, he didn't envision it as just a school or college or as a mere institution, but rather he envisioned it as it truly is today: a home. A home that has turned strangers into lifelong friends; a home that has enabled us to discover our talents and to use them as a means of shaping the world around us to better the common good."

Anthony Jerry Tokarz of Ridgewood, New Jersey presented the Salutatory Address at the Academic Awards Ceremony. Part of the University Honors program, Tokarz is a double major in diplomacy and international relations and economics. At Seton Hall he served as the founder and captain of the Federal Reserve Challenge Team and as a staff writer for The Diplomatic Envoy and The Stillman Exchange. Off campus, he interned with Jaguar and Land Rover of North America and the Center for Family and Human Rights. After graduation, he hopes to serve as a missionary with the Neocatechumenal Way before pursuing a career in international development.

…We can rent muscle and we can rent brains, for the labor market has set their price. What we cannot rent, however, is character, for this is priceless. It takes a careful lifetime to build, and a careless moment to destroy. Seton Hall imparted in us the virtues of servant leadership, and filled its chapels, classrooms, and walkways with shining examples. Now, each of us has an opportunity to fix in our minds that one special servant leader we encountered and commit ourselves to living in such a way that that idol becomes our rival.

Gabrielle Marie Apuzzo was selected as an alternate speaker for Commencement. From Stirling, New Jersey, Apuzzo is graduating from the College of Communication and the Arts with a Bachelor of Arts in public relations and journalism and a minor in psychology. Throughout her career at Seton Hall, Gabby Apuzzo has been involved with the Public Relations Student Society of America, Spoon University, Campus Ministry, the Leadership Fellows Program and the Communication Honors Alumni Mentorship Program. She worked in the Public Relations and Marketing Department at Seton Hall and interned at Water & Wall Group and Fiat Ventures. After graduation, she hopes to work in a public relations agency in New York City.

The Class of 2019 shares their excitement about life after Seton Hall. We can't wait to see them shine » 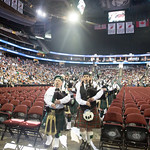 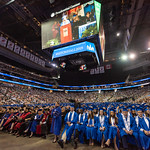 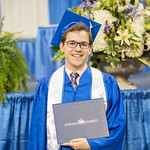 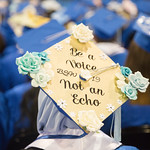 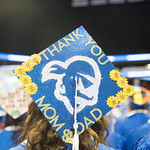 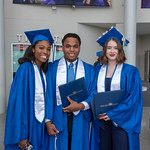 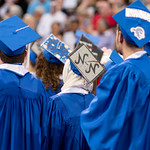 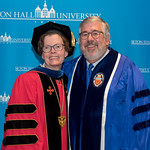 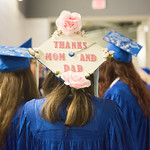 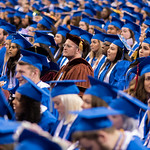 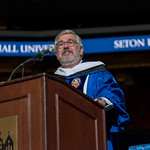 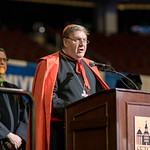